You are here:
Hypnotherapy BenefitsMedia/Blog 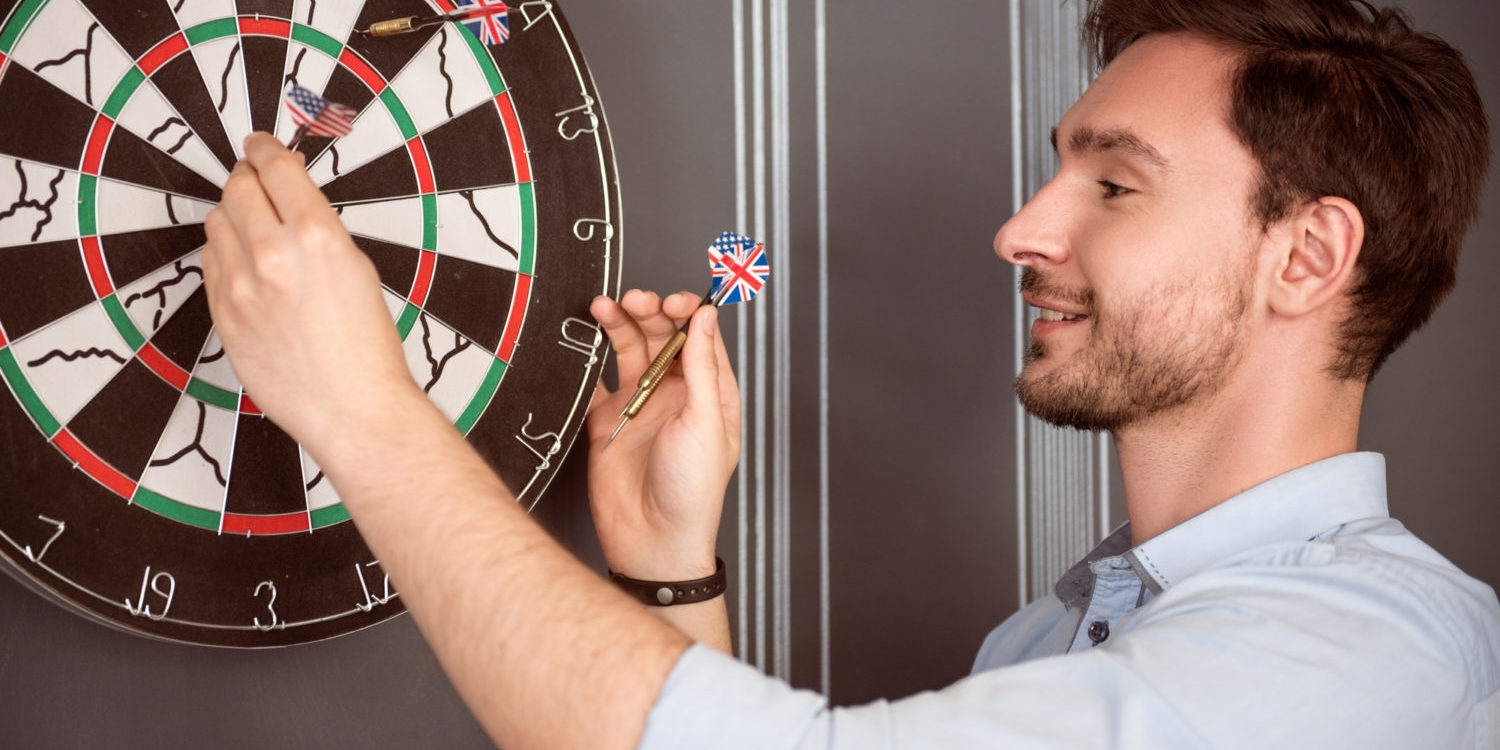 Dartitis is a condition which can affect darts players and severely damage their performance. It can be compared to ‘the yips’, an expression used to describe an apparent loss of fine motor skills without any explanation.

I had never heard of this until a lovely young man came into my rooms complaining about this condition. After a conversation we seemed to pinpoint when it started and the reason it began.

There is always a trigger for anything we experience behaviourally. The discussion went on about a few things until he finally displayed emotion about his wife’s medical condition he felt helpless about. Long story short, he had some guilt about going out one night a week while his wife was at home. While she encouraged him to enjoy his activity and social outing, he remained feeling guilty. He agreed he knew he needed to go out for a couple of hours once a week considering he worked full time, supported the family entirely, did most things for the two children and much of everything around the home.

He was a great dart player, loved the game, his mates and really enjoyed the switch off for a couple of hours. He described after his wife discovered her condition was now rather permanent as doctors advised they could do no more, he believed he processed it well, and they decided to accept this diagnosis and continue along with their life.

It was just after this information was received he went to throw a dart, and his hand began to shake. Long story short, over the next few weeks he found his arm would not straighten out to allow him actually to throw the dart. In fact, he described the way he had to toss the dart ‘I sort of threw it from the side, like a stick’. It was embarrassing to him, and often the dart did not even hit the board. This gentleman went from throwing regular bullseyes to barely being able to hit the dart board.

He struggled for months, even sort out medical assistance, all to no avail. He searched Dr Google, discovered the symptoms of Dartitis, connected to this to what he was experiencing and thought about hypnosis to help him. He found me. He came along to my private rooms; we talked and I asked relevant questions before relaxing him down so his mind could go on a journey of recovery. I worked with him in his relaxed state for about 30 minutes taking his mind on a visual journey of change by eliminating the block and disassociating the emotional attachment he had unknowingly placed upon his darts game, before future pacing him successfully playing darts again.

He opened his eyes with a WOW!!! He stated ‘I have never felt like that before, my hands were numb, I couldn’t move, I felt so so relaxed, wow’, that was amazing’. He happily left eager to get to a dart board. I heard from him two days later after he had played a successful darts game. He told me how good it felt and that he ‘played better than he had for almost ever’. He remained relaxed, calm, motivated and competent, winning his game. In his words “I am back, not just that, but back better than ever”.

Hypnotherapy can work so successfully for so many issues. While I had never worked with anyone experiencing Dartisis previously, it seemed clear what he needed. His mind simply needed to process away from the block he was feeling. It was his mind that did the work; I just provided the suggestions. This may be along similar lines to the successful work I have done with sufferers of Mal de Barquement (MdDS). These sufferers of MdDS usually contact me after many months struggling with dizziness and nausea, and after numerous medical tests, MRI and CT scans, all of which seem to fail. Then mix drug therapy with that and you can imagine how lost and out of control these unfortunate people feel. Hypnotherapy is an amazing modality that people can quickly and naturally overcome a range of issues. Surely it is worth some of your time to use a session to help you in your life. So many of us carry around these blocks within our life that can affect us detrimentally within our own being, our work and our relationships. It really is worth spending a few moments having a quick look at some of the specialised sessions that may help change your life.

Hypnotherapy, of course, can’t fix everything, however, from what I continue to experience and see every day and week is the power of our mind. Both the bad that creates these feelings, emotions and behaviours and the good when positive suggestions alleviate and rebalance minds and lives. The fact remains if your mind can create it, your mind can uncreate it; once you know how.