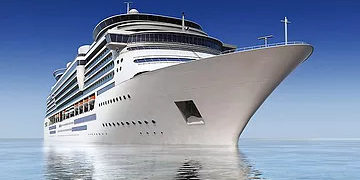 I had a client recently who came to me after referral from her doctor. She was suffering a dreadful case of Mal de Debarquement Syndrome. She is the third patient who has arrived for treatment of this rare and debilitating syndrome.

Mal de Debarquement Syndrome is a condition, a continuous feeling of swaying, rocking, and/or bobbing generally follows travel on the sea. The associated symptoms cause considerable distress. The underlying neural mechanisms are unknown, and to date, there have been no effective treatments for this condition. (Readaptation of the Vestibulo-Ocular Reflex , 2014)

An older lady, Janice, who had been on a number of cruises yet she struggled for over a year after coming off a cruise ship with this syndrome. She had attended multiple medical appointments, had MRI’s, CT scans, been to Neurology specialists, had acupuncture, chiropractic adjustments, all to no avail. Janice even tried the recommended treatment of swaying head movement with three to five treatments a day for one week used to produce a cure. She tried numerous medications all without success. Her life was distressing. She was unable to function properly.

Doctors told her she could never again go on a cruise; she could not fly, in fact, she was advised her life was now completely different since developing Mal de Debarquement Syndrome. It would never leave her and ‘she needed to learn to live with it’.

I had not heard of this condition so researched what I could as I was her ‘ last resort’ and after she was told by specialists she needed to learn to live with this condition her distress increased considerably.

Janice attended for anxiety due to this condition, not the Mal de Debarquement Syndrome itself. After spending some time discussing this with Janice and obtaining as much information as I could, I decided to start therapy on not only reducing her anxiety but also to try to alleviate her dizziness this syndrome caused.

Janice was unable to walk in a straight line. She was dizzy most all the time. Could not stand up without experiencing a feeling of falling over. Her head spun, she felt nauseous, she became a recluse as everything she tried to do was challenging. Even a short trip to the shops was difficult.

Janice had been on a couple of cruises previously, and once off the ship, she returned to normal quickly. It was after the third cruise that Janice developed this severe syndrome.

I relaxed her down using Hypnosis. I then took her on a journey using Visual, Kinesthetic and Audio sensory programming language. I had her resting comfortably in her cabin, with balcony and window so she could see the horizon rising and falling gently. This was a concern Janice had, looking at the horizon and not feeling like falling.

I then undertook a series of imagination and suggestion before I had her gently come back and her legs and head readjusted.

I future paced her a few weeks after the cruise, embedding commands that her body had readjusted immediately and once back on land she would remain this way for all time to come.

I used a post-hypnotic suggestion that she would continue to improve each day.

I received a phone call from Janice a week excitedly advising me she was now perfectly still. No dizziness, no swaying, not problems at all. She said she left it a few days before contacting me in case it ‘wore off’. It hadn’t. She enthusiastically told me she could, in fact, walk in a ’perfectly straight line’ that she had not been able to do for over a year since getting off the cruise ship.

She was back to normal and asked me to ensure I told everyone how hypnosis-assisted her immediately to relieve all symptoms after a year of struggling to manage.

I know Hypnotherapy is a strong and effective treatment for so many issues and problems people experience. This is just another testament of how it can help when all medical interventions failed. I have done this now three times with amazing success. Hypnotherapy is truly an amazing modality.