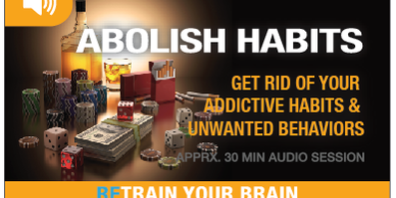 Whether you’re a nail biter, an over-eater, or you need to check you’ve locked the back door multiple times before you step outside, many of us are stuck with our habits. There are countless apps designed to help you break habits. But nobody really knows how long it takes.

There’s a saying: ‘It takes 21 days to start a new habit or 21 days to break a habit.’ But what does this really mean?

The number 21 comes from a widely popular 1960s book, Psycho-Cybernetics by Maxwell Maltz. Dr Malz noticed his patients seemed to take about 21 days to get used to their new faces.

However, according to a 2009 study, the time it takes to form a habit really isn’t that clear-cut. Time to initiate a new natural automatic habit is dependent on what it is, how long the person has been doing that habit for and where it initiated.

Dr Karen Phillip told HuffPost Australia when a client comes in with a nail biting habit, this is removed and stopped immediately after a hypnotherapy session.

“Nail biting is an embedded habit that can cease immediately after a hypnotherapy session. It’s a lot easier than putting bandaids on your fingers or that nasty tasting liquid. Habits can be stopped immediately if managed correctly and if the person really wants to change,” Dr Phillip said.

“But if somebody doesn’t seek therapy, or doesn’t do anything to change, it takes a lot longer to break the habit. People need to convince themselves that they really want to break the habit and that breaking the habit will be better for them,” Dr Phillip said.

It’s not difficult to understand the concept “if we enjoy doing something we’ll keep doing it.” Even if we know it’s not good for us.

“Some people smoke because it calms them down, even though they know it’s bad for them, and everyone around them,” Dr Phillip said.

“People smoke because they believe that’s the only way they can relax and calm down. If they can convince their unconscious mind to think, ‘Okay, I don’t need to do this anymore,’ then they will find a replacement that is good for them.”

Dr Phillip believes it’s not difficult to start a new habit that is good for you. For example, if you have been over-eating and want to start power-walking, it’s easy enough to convince yourself that your new exercise regime is a healthy replacement to reaching for the Doritos.

“When we exercise, we release the ‘feel good’ endorphins. So it’s simple to get into a good habit of exercising simply because we want to repeat that nice feeling, that rush we get after exercising,” Dr Phillip said.

But one of the hardest habits to beat alone is smoking. Dr Phillip believes many smokers get stuck in the habit of taking a deep breath of a cigarette and, when they’re trying to quit, they miss that deep intake of smoke.

“So I teach them to replace that deep inhalation of a cigarette with a deep breath of fresh air. It sounds overly simple but, for most people, it does work. It’s all about replacing a habit with something new, and convincing people that their bad habit is hurting them and their new habit is good for their overall health and well being.” Get your Quit Smoking session to stop today

Likewise, if somebody is stuck in the habit of repeatedly checking to see if their backdoor is locked, that’s not an easy habit to break.

“You could argue that if the person stopped checking their door, they would feel unsafe. So some habits are hard to break because the person has trouble convincing themselves that it’s for their own good,” Dr Phillip said.

“Either way, there is no timeline for a habit. It can be dissolved immediately with therapy, or without therapy, it depends how determined the person is to end the habit.”

To break your annoying habit just visit Virtual Hypnotherapy to grab your session and start enjoying your life again, in control.